Terracotta Kingdoms is an RPG fantasy choose your own adventure survival game set in the age of the terracotta armies.

Seven warring states battle for control and the unification of China. Travel back in time and live in the times of the Terracotta armies in ancient China.

Survive in a time when 7 warring states battle and tries to take over the entire country.

Become a legendary hero of the time.

Sign up for our e-mail newsletter and stay informed for what’s next on the horizon. 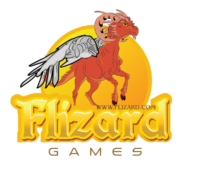 We develop indie games with creative gameplay and immersive stories.